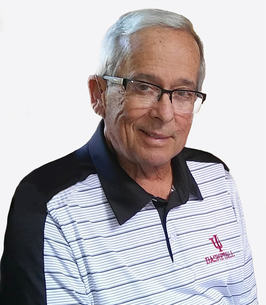 Dr. Robin A. Roberts, DDS, died on Monday, July 18 at his home in Bloomington, IN.

He was born in 1939 in Monroe County, IN, the son of Col. George A. Roberts and Mildred L. Roberts. Robin graduated from Bloomington High School, and earned the degree Doctor of Dental Surgery from the Indiana University School of Dentistry in 1963.

Early in his career, Robin served in the Army Dental Corps and held the rank of Captain.

Known to his friends as “Doc”, Robin was a beloved hometown dentist in Bloomington, where he practiced for most of his professional life until he retired at 70. Even after retirement, Doc continued to volunteer at the Volunteers in Medicine dental clinic for several years. He loved dentistry and made many friends among the people whose lives he improved with his care.

Doc was a member of the Bloomington Exchange Club for many years, serving in leadership roles; and was pivotal in expanding their membership to include more women and minorities. He was a proud member of the Fraternal Order of Police and the American Legion. In his later years he was a member of the Monroe County Veterans Honor Guard.

A man with a zest for life, Doc had many hobbies and interests throughout his life. He was a runner, a golfer, a fisherman, and a pilot of light planes. Doc was an avid reader, and renowned for his talent for pool. He was a skilled carpenter, crafting everything from fine furniture to custom knife handles to doll houses for his daughters. A thespian in high school, Doc acted with Bloomington Town Theater in multiple productions.

Above all, Doc loved to sing, from barbershop choirs and quartets in the 70s and 80s to being a favorite at local karaoke joints in the 90s until present day, specializing in Frank Sinatra, George Jones, and Elvis. He volunteered as a karaoke host at senior centers. Doc sang “Fly Me to the Moon” and “House of the Rising Sun” with a guitarist who visited his home the night before he passed.

A memorial service will take place Thursday, Aug. 4 at 5pm at The Funeral Chapel, 3000 E 3rd St, Bloomington, IN 47401. You may visit with the family from 3-5pm at the Chapel, and after the service until 6pm. Military last rites and internment are Saturday, Aug. 6 at 10am at Valhalla Memory Gardens, 310 N Johnson Ave, Bloomington, IN 47404. Due to the extreme heat - and in honor of how much Doc loved golf and hated ties - those who would usually wear a jacket and tie are invited to wear golf shirts instead.

In lieu of flowers, donations may be given to the Monroe County Veterans Honor Guard, 1800 W 3rd St
Bloomington, IN 47404.