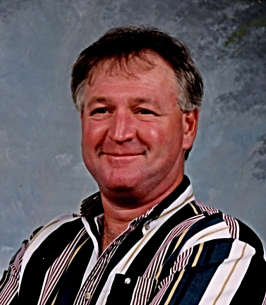 Terry Lynn Tate, age 62, of Bloomington, Indiana passed away on Tuesday, July 26, 2022 at Garden Villa in Bloomington after an extended illness. Terry was born on March 3, 1960 in Bloomington, Indiana to Ralph and May Tate.
As a teenager he started working for Marsh and IGA. He became a Laborer for Union 741 and worked for construction companies including Snedegar, Reed & Sons and Lentz Paving. Terry was an avid outdoorsman. He enjoyed hunting locally for squirrels, rabbits and deer. On wilderness trips in Alaska Wyoming, Montana and Canada he hunted elk and caribou. Terry spent many summers horseback riding and camping with “Darlin” his cherished horse. He was a beef farmer and loved gardening. Much of his life Friday nights were spent at Bloomington Speedway in his wrecker. He was a member of The Apostolic Church.
Terry is survived by his sister, Theresa (Jud) Sears, and brother Daryl (Lisa) Tate, and several nieces Charity (Justin) Robinson, Laura (Caleb) Phipps, Emily Tate and Erica Tate and nephew, Ben Sears and great niece and nephews.
Terry was preceded in death by his parents Ralph and May Tate, his grandparents Marshall and Ruby Callahan, Lona and Edgar Tate, and sister Karyl Tate.
Visitation for Terry will be from 4:00 PM until 8:00 PM on Monday, August 1, 2022 at The Funeral Chapel of Powell and Deckard, 3000 E. Third Street, Bloomington, Indiana.
Funeral services will be at 10:00 AM on Tuesday, with burial to follow at Clear Creek Cemetery in Bloomington. Pastor Jud Sears, Rev. Fred Stanger and Rev. Caleb Phipps will officiate.
Memorial contributions may be made in his honor to the Apostolic Church of Jesus Christ, 3510 W St Rd 46, Bloomington, IN 47401.