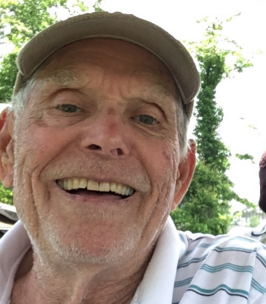 Rodney L Marple, Local Horseman, dies at 82 with Wilma at his side, Rodney L, Marple passed away Monday, August 15, 2022, at 3:12 PM. Rodney was born September 28, 1939 in Casey county Kentucky. His mother Mary M. Marple (Jan) and father, VanRoy Marple are deceased.
The family moved to Carmel, Indiana when Rodney was an infant. Rodney has two surviving sisters. Billye Meadows, and Joann (Stanley) Millikan who live at Noblesville. Deceased brothers and sisters are Elizabeth Marple, James H, Marple, Nancy Parsons, Flora Jane Lancaster, Frances Marple, Carolyn Sue Marple, and Joyce Marie Marple.
Rodney graduated from Carmel High School in 1957 and he participated in track. After graduation, he worked for a local veterinarian. He also worked as a greenskeeper at a country club.
On April 6, 1963, Rodney and Wilma Ann Parton were married at Gray Friends Church, Carmel, Indiana. Rod entered the Army five days after their wedding and completed two years of service. They celebrated fifty nine years of marriage in April.
Rodney & Wilma have two sons, James and David, three grandchildren Crystal, Alexandra, and Ashley.
Rodney’s parents had moved back to Kentucky and Wilma’s parents moved to Greene County to establish a horse and cattle ranch. Rod and Wilma decided to move to Greene County so the Boys would have grandparents nearby. Rod helped on the ranch and grandma helped with the boys while Wilma worked. The ranch became known as the Bar P. Rod went to work at Otis Elevator. He worked there 28 years and retired in 2001. Over the years Rod competed in horse shows riding “Buck”. He was an accomplished bowler and “played” at golf. His neighbors will remember him walking up and down the road no matter the weather. Rod was always willing to give advice or help, with the follow up “That’ll be $5”. Hope St. Peter has the correct change.
Visitation will be from 1:00 PM until 4:00 PM on Saturday, August 27, 2022 at The Funeral Chapel of Powell and Deckard, 3000 E. Third Street Bloomington, Indiana.