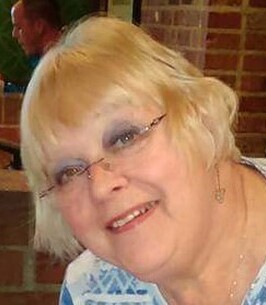 Janet Elaine (Willms) Mills died on Wednesday August 17, 2022 at Norton Hospital in Louisville, KY.
Janet was born on December 24, 1953 in Angola, IN, daughter to Wilford and Opal (Thrush) Willms. She graduated from Prairie Heights High School in 1973. She married Stewart Mills of Caribou, Maine, on February 22, 1976. In addition to being a housewife and mother, she worked as a waitress until she took a job in 1981 at Madsen Wire in Orland, IN. She worked there for 25 years until she moved to Bedford, IN to be close to her daughters and grandchildren. She took a job at Kohl’s in Bloomington, IN for 3 years.
She enjoyed cooking, crafting, scrapbooking, shopping, traveling, gardening, and canning. She loved her pets, both cats and dogs. But her favorite activity was spending time with her grandchildren.
Janet is survived by her husband Stewart Mills, daughters Tara (Travis) Andreas of Springville, IN and Courtney (Matthew) Thompson of Gosport, IN and 3 grandchildren, Kaitlyn and Isaac Andreas and Vivian Thompson. She is also survived by her brothers Jim (Wendy) Willms and Dave (Linda) Willms and many nieces and nephews. Janet was preceded in death by her parents, her sister Areta Chapin, brothers Ron Willms and Norm Brooks.
A visitation will be held at Sherwood Oaks Christian Church in Bloomington on Thursday August 25 from 5-7 PM. A funeral with visitation will be held at Beams Funeral Home in Fremont on Saturday August 27 at 1-3, followed by a committal in Green Lawn Cemetery in Orland, IN. The Funeral Chapel of Powell and Deckard has been entrusted with arrangements.
In lieu of flowers, memorial contributions may be made to the Benevolence Fund c/o Sherwood Oaks Christian Church, 2700 E. Rogers Road, Bloomington, IN 47401.