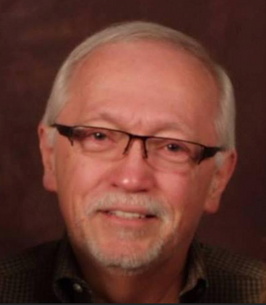 Norman Wendell Williamson was born in Bloomington, Indiana on February 14, 1950, and adopted by Charlotte (Sciscoe) and Wendell Williamson of Nashville, Indiana. From a young age, Norm’s unmatched musical talent became evident. He started playing the piano for church services in his early years of elementary school, and he went on to leave a life-long legacy as a masterful pianist. Norm had the privilege to use his musical talent in so many special ways, but some of his favorites to recall were playing the organ for the Detroit Tigers Baseball team, conducting the orchestra at The Miss Lakeland Florida Beauty Pageant, playing the pipe organ at Indiana University Auditorium, and playing and traveling with the singing group Joyful Noise. However, the opportunities he cherished the most were those that allowed him to play in churches around the country, particularly in Indiana, Florida, and Texas, and to minister to others through his music. He was a life-long member of the Nazarene church and loved God and his family above all else.

Anyone who knew Norm also knew how intelligent he was. He never met a stranger and knew a little something about everything, making him a wealth of knowledge that he loved passing on to his kids, grandkids and anyone who would listen. Norm graduated from Nashville High School in 1968 and had many talents and interests that carried him through many different careers. Soon after graduating, Norm moved to Lakeland, Florida, where he owned the Williamson Music store selling pianos and various other musical items and worked for Benson Publishing Company in Nashville, Tennessee. After returning to Nashville, Norm was a Brown County Sheriff’s Deputy while also working for Motorola where he installed radios in many Indianapolis Race Cars. The technology world eventually brought him to Austin, Texas, during the Dell computers boom, and the warm weather kept him in Texas from thereon after.

Most importantly, Norm was a wonderful father and friend. His family was his world, and he was theirs. He had such a special ability to recognize and encourage a person’s talents, and he inspired so many. Norm passed away peacefully on Sunday, August 28, 2022, surrounded by his family. While Norm will be greatly missed by all who had the privilege to know him, we can have peace knowing that he is now playing the piano and pipe organ, which was always his favorite, with the heavenly choir for our Lord and Savior Jesus Christ.

Celebration services for Norm will be held in both Texas and Indiana on the following dates:
Saturday, September 3, 2022 at 10:00 a.m.
Georgetown Church of the Nazarene
4051 E. University Ave
Georgetown, TX 78626