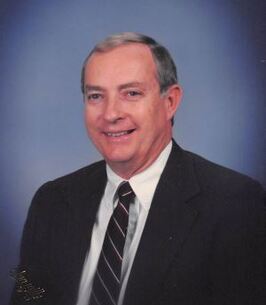 Gary Lee Hill, 82, of Bloomington, passed away peacefully in his sleep on August 31, 2022. Gary was born in Bloomington on November 17, 1939, to Russell Hill and Maxine Edwards Hill. He was married to Gale Boehme Hill for 55 years. Gary attended Bloomington High School and Indiana University where he earned his BS and MS and was a 4-year member of the IU baseball team.

After starting his teaching career at Brown County High School and coaching basketball and baseball for three years, Gary then taught two years at the University of Kentucky and three years at Evanston (IL) Township High School where he also coached basketball and baseball. Gary returned to Monroe County and taught at University High School and helped open Bloomington High School North where he coached their first baseball team from 1972 until 1976, taking they team to semi-state in 1974. After leaving coaching to spend more time with his family, always the sports fan, Gary spent countless hours coaching his son and daughter in their various athletic endeavors. He also coached Cross Country at Tri-North Middle School for several years after retiring from Bloomington North in 1997. He was an avid Cubs fan and would often travel to watch them play in both spring training and regular season games.

As a long-time member of First Christian Church, Gary served in a number of ways including as a deacon, and feeding those in need. He also delivered Meals-On-Wheels for many years later in life.

Gary is survived by his wife, Gale Hill, daughter, Jane (Chad) Birckelbaw and granddaughters, Halle and Megan Birckelbaw. He was preceded in death by his son, Ryan Hill and his parents, Russell and Maxine Hill.

Visitation for Gary will be from 10am until 1pm Tuesday September 13, 2022 at The Funeral Chapel of Powell and Deckard 3000 E. Third St., Bloomington, Indiana. Funeral service will be held immediately after visitation with burial to follow at Valhalla Memory Gardens.