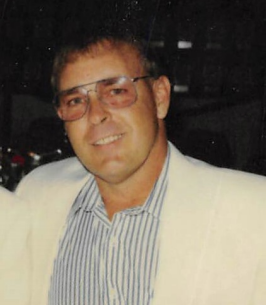 Kenneth Dale Parrish, 74, of Bloomington, died suddenly at his residence on Monday, September 5, 2022. He was born July 31, 1948, to the late Ralph & Rosalie (Swafford) Parrish. He was preceded in death by his parents, sisters, Shirley Sparks, Sandy Freeman, brother Jerry Parrish, and daughter Kimberly Dale Parrish.

He worked at Wanrooy VW and Sam Benavole Lincoln Mercury but was most well-known as the owner of Ken’s Westside Shell & Ken’s Westside Service & Towing with his wife, Joyce for 30 years. After retiring in 2012, his son, Kenneth Lee Parrish proudly continues to grow the family business. He was President of the Van Buren Water Board and served his community by holding many positions for several years. He was a 32nd Degree Master Mason within the Scottish Rite and a member of the Murat Shrine. He was also a member of the Moose Lodge 1081.

Kenny “Pap” loved spending time with his family and his many hobbies. He collected classic cars, played bass guitar with many local bands, loved riding motorcycles, and enjoyed his retirement serving as an escort for funeral services.

Visitation for Kenny will be on Friday September 9, 2022 from 4-8 pm at The Funeral Chapel of Powell and Deckard 3000 E. Third St. Bloomington and from 10 am until service time on Saturday.

Funeral services will be on Saturday September 10, 2022 at 11:00 am at The Funeral Chapel with Rev. Harold Godsey and officiating. Burial will follow at Chambersville Cemetery.