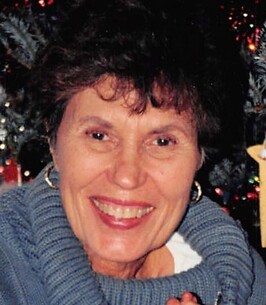 Marlene L. Vass age 91, died on Sunday, September 18, 2022 at her residence. She was born March 23, 1931 in Indianapolis, Indiana. She was preceded in death by her husband, Robert J. Vass. She was the daughter of Lawrence and Martha (Supper) Sullivan. She held a B.S. and M.S. in education from Indiana University. She was an elementary and Pre-School teacher in Bloomington and was employed by the Monroe County YMCA, where she served as Youth and Family Director and then as the Executive Director until her retirement in 1999. She was also the founder of the Monroe County YMCA’s Camp Arrowhead and Pre-School programs. She was a member of Phi Mu Sorority, Tri-Kappa Sorority and the First Christian Church.
Marlene was a wonderful mother and friend, touching many lives. She was a pillar of love, strength, and positivity in her community, always finding ways to give back. She believed in people and loved to say ‘plus your pluses’ and help others in times of need.
Marlene will be greatly missed by all who knew and loved her.
Survivors include two daughters: Jill Vass (Scott Presti) of Bloomington and Amy Bannec (Eric) of Indianapolis, two sons: Kurt Vass of Bloomington and Todd Vass (Colleen) of Portland, Oregon; five grandchildren: Calvin Langfitt (Amber), Sam Langfitt, Audrey, John, and Reid Bannec; two great granddaughters, Rose and Opal Langfitt; one sister Carolyn Auble of Oxford,Ohio; as well as one niece and two nephews.
Visitation will be from 11am-1pm on Saturday, September 24, 2022 at The Funeral Chapel of Powell and Deckard, 3000 E Third St., Bloomington, Indiana, 47401. An intimate Celebration of Life will be held with family and close friends at a later time.
A memorial contribution can be made to The Marlene Vass Camp Fund in care of the Monroe County YMCA.