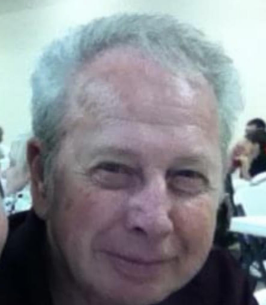 Luther Vernon “Vern” Elliott Jr., 79 of Bloomington passed away on Monday October 24, 2022 at Richland Bean Blossom Health Care Center with his family at his side.

Vern was born November 18, 1942 in Petersburg, Indiana and was the son of the late Luther Vernon Elliott Sr. and Mabel L. (Hamm) Elliott.

Vern worked at Best Beers and later at Bloomington Shuttle. He was a fan of NASCAR and Indy Car and a proud member of the NRA.

Services will be 1 pm Friday October 28, 2022 at The Funeral Chapel of Powell and Deckard. Burial will follow at Liberty Cemetery in Hendricksville.

Visitation for Vern will be on Thursday October 27, 2022 from 4-8 pm at The Funeral Chapel and Friday from noon until service time.

In lieu of flowers contributions may be given in Vern’s memory to the American Heart Association or the Parkinson’s Foundation.