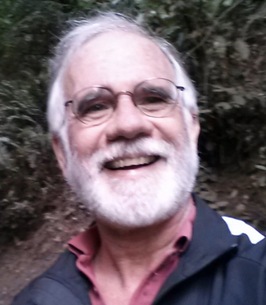 Kevin Edward Gilbert, 73, passed away peacefully surrounded by his family on Friday, October 28, 2022, at his home in Bloomington, Indiana. Kevin was preceded in death by his father Edward; brother Timothy; and brother-in-law James. He is survived by his wife Marianne Kielian-Gilbert; son Andrew (Grace); daughter Caroline; mother Regina; sister Kathy (Paul); brother Edward (Gretchen); sisters-in-law Diane, Susan, Nancy, and Margaret (Ed); extended family member Tawny Spinelli and many nieces and nephews on both sides of the family.

Kevin was born January 6, 1949, in Brooklyn, New York, to Edward and Regina Gilbert. The oldest of four siblings, he grew up in Inwood, Long Island, spending summers boogie boarding and lifeguarding at Silver Point Beach Club. He obtained his bachelor’s degree in Chemistry in 1970 from Hamilton College and his PhD in 1974 from MIT. He then went on to the University of Oregon where he did postdoctoral work studying the thermal rearrangements of small molecules. While there, he met his upstairs neighbor and future wife, Marianne. He left Oregon to work as a research chemist at Air Products and Chemicals in Pennsylvania before heading to University of Washington as a postdoctoral fellow.

In 1978 Marianne joined the Jacobs School of Music at Indiana University and Kevin followed her to Bloomington where they were married in the IU campus chapel on October 6, 1979. They spent the next 43 years building a life together along with their children Andrew and Caroline.

The main focus of Kevin’s career began in the early 1980s when he conducted research and taught Organic Chemistry, Molecular Modeling, and Chemical Informatics at IU. While there he worked with Joseph Gajewski and together they created Serena Software in 1985. Utilizing the newly available personal computer, they developed powerful computational molecular modeling software, called PCModel, for predicting molecular properties. Kevin developed the program, marketed it, and helped many teachers and researchers utilize its capabilities in the classroom and lab. Additional programs Orbdraw, Vibrate, and GMMX followed. These programs are currently used worldwide primarily by chemists for research, universities for undergraduate instruction, and companies such as Gaussian, Modgraph, and MestreLab. In 2010 he began a special appointment at Argonne National Laboratory. A leader and innovator in computational molecular modeling, he was a member of the American Chemical Society for 50 years and a familiar sight at conferences as an exhibitor.

Kevin was a man of integrity with many hobbies and creative endeavors. A lifelong learner, his interests ranged from woodworking and gardening to a love of the outdoors: mountains, hiking, camping, running, bicycling, and walking. A long-time head official for IU, he officiated for US Track and Field regional and national events. He was a lover of the trades with a deep curiosity for how things were put together. No book was above or beneath him. There was always a project in the making that took him in unforeseen directions, from carpentry to bread-making; growing blueberries to tying fly-fishing lures; playing the violin and piano to a love of opera on the open road. At holidays he could famously whip up a pie per person. He brought what he loved to life and had a down-to-earth way of putting people at ease.

Despite a diagnosis of cancer, Kevin lived life to the fullest without losing his distinct sense of humor. The family would like to extend their heartfelt thanks and appreciation to the staff at IU Health Hospice Care for their assistance in the family’s care of Kevin in the last week of his life.

In lieu of flowers, donations in his memory may be made to WTIU (Indianapublicmedia.org) or the Cancer Research Institute (www.cancerresearch.org). A Celebration of Life will be held for Kevin on Sunday, January 15, 2023 from 2-6 PM at The Wood Shop at Upland Brewing, 354 W. 11th St. Bloomington, IN 47404. Please join us for food and drinks in an informal gathering for friends and family of Kevin. Join for as little or as long as you like. Children are welcome.