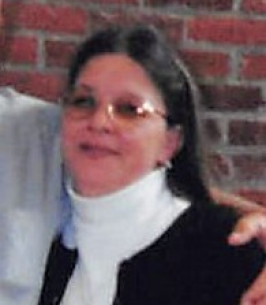 Heaven gained the most beautiful Angel with beautiful Butterfly wings when Roberta “Robin” Lee (Price) Wilson was called home on Friday, November 11, 2022 at 4:30 PM at St. Vincent Ascension Hospital in Evansville, Indiana
Robin was born on January 20, 1957 to the loving arms of her parents George Hervey and Helen Pearl (Blair) Price in Indianapolis, IN. She grew up in the Broadview neighborhood with siblings Sandy and Geroge and lots of neighbors, family and friends. She graduated from Bloomington High School South in 1975 and enrolled at IU, she then transferred to Ivy Tech to pursue a degree as an EMT. She enlisted in the National Guards for a short period. She spent several years working at Bell Trace dining room, she loved her patients. She recently cut her hours back to part time at Boston Scientific, planning on retiring in the next year or so after working there for 10+ years. They were both looking forward to doing some traveling out West. They loved to hunt mushrooms each spring, loved the great outdoors. She was a 26 year member of the American Legion Auxiliary Burton Woolery Post #18 in Bloomington. Robin had several soft spots in heart but animals and veterans were at the top of that list.
One of those friends was her high school sweetheart Brad Wilson, life took them on different paths but they reconnected several years later and were married September 29, 2004. They soon bought a small farm in rural Poland, IN and made their home there among all of Robin’s adopted “critters” as she called them, not one was ever turned away.
Robin leaves behind her husband of 18 years, Bradley K. Wilson, brother George and wife Linda, sister Sandy Parkes, brother-in-law Bill Wilson and wife Marilyn, several nieces and nephews.
Those welcoming her to her Heavenly Home are her parents and grandparents, in-laws Harry & Ruth Wilson, daughter Marika Magness and son Travis James Magness, niece Michelle Lee Deckard and brother-in-law Bobby Wilson.
Donations can be made to the Monroe County Animal Shelter or HVAF, Hoosier Veterans and Families, contact cainke@comcast.net or The Funeral Chapel.
Per Robin’s wishes there will be no visitation or service at this time. Plans will be made for a Celebration of Life at a later date.