Obituary for Mark A. Todd 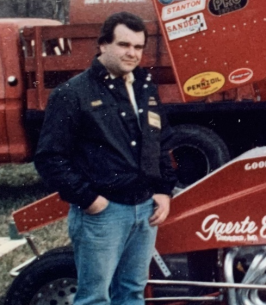 Mark A. Todd, age 67, passed away on November 15, 2022at the Evansville St. Vincent Hospital due to heart complications. Mark is the son of the late Don Todd and mother, Ina Inman Todd.
Mark is survived by his mother and one brother, Roger Todd, one nephew, Roger Todd II, two nieces, Kelsey Todd and Brooke Todd, two great nephews, Hunter and London, and one great-niece, Taylor.
Mark’s past included owning and driving several sprint cars, being a top mechanic for different teams in the “World Of Outlaws” Racing Division, and later working in the Indy Racing League, as both “Fuel Man” and a “Tire Changer” for a few seasons. Currently, employed by Nash Trucking in Indianapolis, he was helping build I-69 until his untimely death.
Graveside services will be at 10:30 AM on Monday, November 21, 2022 at Clover Hill Cemetery in Harrodsburg. Pastor Jud Sears will preside.
The family has asked in lieu o flowers, that donations to the American Heart Association be given in Mark’s remembrance.