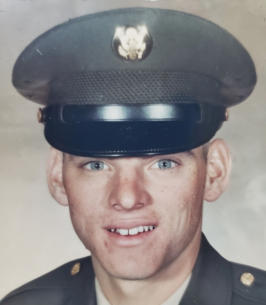 Michael Ray Latimer, 74 of Bloomington passed peacefully at his residence on Tuesday November 15, 2022 with his family at his side.

Mike was born March 20, 1948 in Bloomington and was the son of the late Raymond A. and Wilma Jean (Hedrick) Latimer.

Mike was a graduate of Bloomington High School and was a Veteran of the U.S. Army. Mike worked for many years for Monon Railroad where he was a Brakeman and Conductor. He was an avid golfer and a member at Landmark Church.

Survivors include his sister and brother-in-law, Kathy and Ray Carpenter; sister-in-law, Cheryl Latimer and several nieces and nephews.

Mike was preceded in death by his parents and his brother Tim Latimer.

A Celebration to honor Mike will be held in the spring.