To share your memory on the wall of Stephen Lee Bex, sign in using one of the following options:

Provide comfort for the family of Stephen Lee Bex with a meaningful gesture of sympathy.

We encourage you to share your most beloved memories of Stephen Lee here, so that the family and other loved ones can always see it. You can upload cherished photographs, or share your favorite stories, and can even comment on those shared by others.

The Bollingers sent flowers to the family of Stephen Lee Bex.
Show you care by sending flowers

Posted Apr 04, 2019 at 02:21pm
Vonda, Sorry to see the passing of your loved one. You and the family is in our thoughts and prayers.
Comment Share
Share via:
BJ

Posted Apr 03, 2019 at 09:00am
Janet and family, we are so very sorry for your loss. Please know that you are in our thoughts and prayers. Please let us know if you need anything. Larry and Cheryll Polley
Comment Share
Share via:
EH

Posted Apr 03, 2019 at 12:21am
I'm so very sorry for your loss Janet! I can't imagine what you are going through. Prayer for you and family!
Comment Share
Share via:
AB 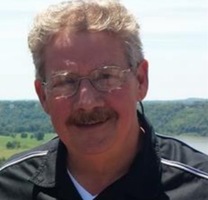