To share your memory on the wall of Linville Halcomb, sign in using one of the following options:

We encourage you to share your most beloved memories of Linville here, so that the family and other loved ones can always see it. You can upload cherished photographs, or share your favorite stories, and can even comment on those shared by others.

Posted Sep 20, 2019 at 11:17am
I was blessed to be a friend of Lin for many years through his repair shop. He kept my VW's running for years. He was honest, dependable, skilled, and always kind. I have missed seeing him and am sorry that he passed. I'm sure there are MANY people who feel as I do. I am so thankfull to have known LIn!!
Dan Sparks
Comment Share
Share via:
HS

Posted Sep 17, 2019 at 08:01pm
Our thoughts and prayers are with you and your family. Love, Your Arrows Family 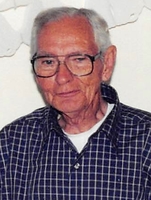