To share your memory on the wall of Carole (Temme) Leyda, sign in using one of the following options:

We encourage you to share your most beloved memories of Carole here, so that the family and other loved ones can always see it. You can upload cherished photographs, or share your favorite stories, and can even comment on those shared by others.

Flowers were purchased for the family of Carole (Temme) Leyda. Send Flowers

Posted Oct 17, 2019 at 02:43pm
Dear Dick,
Jim and I were sorry to read about Carole in today's paper. We also know her illness has been lengthy and that you have been amazing in her care. I remember Carole walking your little white poodle and our outdoor chats about this and that. She was always so funny and pleasant to talk to. The picture in the newspaper shows her beauty and vitality. We send you and your family our sincerest condolences. I hope you are well in your new home. Darlene and Jim (2304 Rechter Rd.)
Comment Share
Share via: 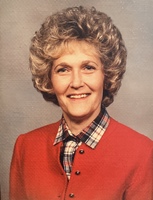