To share your memory on the wall of Claudette Elaine (Clark) Martin, sign in using one of the following options:

We encourage you to share your most beloved memories of Claudette Elaine here, so that the family and other loved ones can always see it. You can upload cherished photographs, or share your favorite stories, and can even comment on those shared by others.

Posted Nov 08, 2019 at 03:31pm
Love to Karen and John and their families, and to Claudette's loved ones. She was special. She called me in May to explain why she couldn't decorate the Martin burial plot in Waynetown because she had fallen. Bob and Jr Barker (My deceased husband) were the best of friends, always. We traveled often to Bloomington to the IU Purdue game and to spend time with them. He was a true military man, and she was the ideal "military wife". Having talked with her so recently, it is hard to realize she is gone. We also exchanged Emails occasionally, and back when she was able she came to decorate, and would call and meet us at "Uncle Smileys" for lunch. There were times when we would drive to Bloomington and meet her for lunch, (some corner restaurant). Always a friend, Mary Barker (Mrs. George Jr.)

Mary, thank you so much! John and I went to the cemetery in Waynetown today to inter her ashes next to Dad. We met with Wally Hooker from the Wingate Funeral Home, Friends and Family. He has posted her obituary on his funeral home site as well and will post a notice in the Crawfordsville newspaper. I appreciate your sweet thoughts and sharing. I will miss her every day.

Posted Nov 05, 2019 at 11:22am
We enjoyed the few times we got to spend with your mother. Mike especially took a liking to her for her honesty, humor and authenticity. I am sure a woman like Claudette is mourned eternally because of how much life they had in them. Thinking of you and your family.
Comment Share
Share via:
KS

Cory, thank you. My brother and I interred Mom's ashes today next to my father. It's a really sad time, made bearable by the many friends and people whose lives my mom touched. I appreciate your memories and sharing them with me! 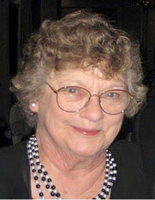 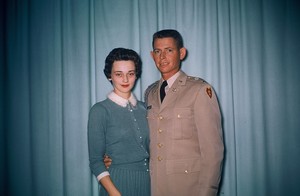