To share your memory on the wall of Vivian Rose (Cooper) Lewis, sign in using one of the following options:

We encourage you to share your most beloved memories of Vivian Rose here, so that the family and other loved ones can always see it. You can upload cherished photographs, or share your favorite stories, and can even comment on those shared by others.

Ken and Mary Vincent, Love, Lisa, Marty, Doug and Phyllis Hutsell, and other have sent flowers to the family of Vivian Rose (Cooper) Lewis.
Show you care by sending flowers

Posted Feb 03, 2021 at 11:44am
Aunt Vivian always asked me to lead the prayer before our meal at the family reunion. I would like to leave one in honor of her and for her family.
Lord, you have taken a gentle soul to your embrace. We are grieved, not just because we will miss her so much but also in these discordant times we need more gentle souls to help us along the way. Her gentle soul will not only be remembered by her family and friends but all the students that she touched in her life. She will always be in our hearts. In Christ's name, Amen.

Posted Feb 02, 2021 at 10:47pm
Vivian was a force of nature and a friend to all. She will be missed! Lorenda (Noel) Schrader
Comment Share
Share via:
AS

Posted Feb 02, 2021 at 07:58pm
Richard and I are so sad to learn of Vivian’s passing. I was fortunate to watch the amazing Vivian, with all her energy, volunteer in her granddaughter, Heather’s classroom for years. Seemingly tireless and willing to help in anyway, Vivian continued to give to school children and to her family all of the love she had. She was a great role model to all of us to keep moving and keep helping. Much love and condolences to all the family, Abby and Richard Seifers
Comment Share
Share via:
BH

Posted Feb 02, 2021 at 04:57pm
To Tom and the rest of the family. I am so sorry to hear of the loss of Vivian. I grew up in Clear Creek Church and remember the entire Lewis family very well. May God Bless all of you and keep you during this difficult time. Brenda Branam Hanners
Comment Share
Share via:
KV 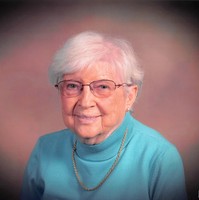